You are here: Home1 / Working with Young People

Young people in South Africa are regularly infantilised, subjected to abuses of adult power and hypocrisy, and have had their needs and desires neglected. Unemployment, varying access to education, mixed messages about sexuality and gender, being caught between tradition and modernity, and being subjected to indignities in health spaces are some of the significant challenges they face.

We are still failing to provide young people with open, honest and judgement-free information about sex and sexualities. Schools are not always safe spaces for young people who are sexually and gender variant. On the contrary, many schools are places of harm, hurt, humiliation and exclusion for queer youth. The extent to which schools have produced a cohort of critical young thinkers is debatable, but there is certainly evidence for an increased political awareness in youth as debates about our lacklustre track record in education highlight the need for a tertiary education system which is not only free but ideologically re-invigorated.

On HIV, South Africa has not responded well to the needs of young people, who have been neglected in the prevention and treatment arenas. Young women are seen as an epidemiological group of interest, with higher prevalence rates than their male counterparts. 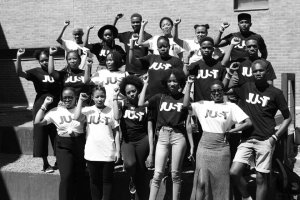 There are many initiatives which draw on the innate optimism of young people and their desire to become engaged in change making and activism. Many organisations attempt to harness this energy, mindful of the fact that such initiatives need to go beyond individual empowerment and factor in social and structural barriers and enablers.

The CSA&G has always been interested in working with young people. This is not only because we are based at a university, where future leaders are produced, but because we believe young people have been poorly served by work around sexuality, gender and HIV.

The CSA&G engages with young people in a challenging way, enabling them to think critically and rigorously about identities, sexualities, culture and citizenship. It allows them to understand and critique leadership, democracy, power and accountability. This understanding that we gain from young people then informs our community outreach, and our notions of legal capital and social justice.

Through realising our vision of “understanding power, exploring diversity and enabling inclusivity” and through working primarily with young people, we believe that we can contribute to a South Africa where social justice is realised. In this South Africa every person can realise their rights.

Because these cookies are strictly necessary to deliver the website, refusing them will have impact how our site functions. You always can block or delete cookies by changing your browser settings and force blocking all cookies on this website. But this will always prompt you to accept/refuse cookies when revisiting our site.